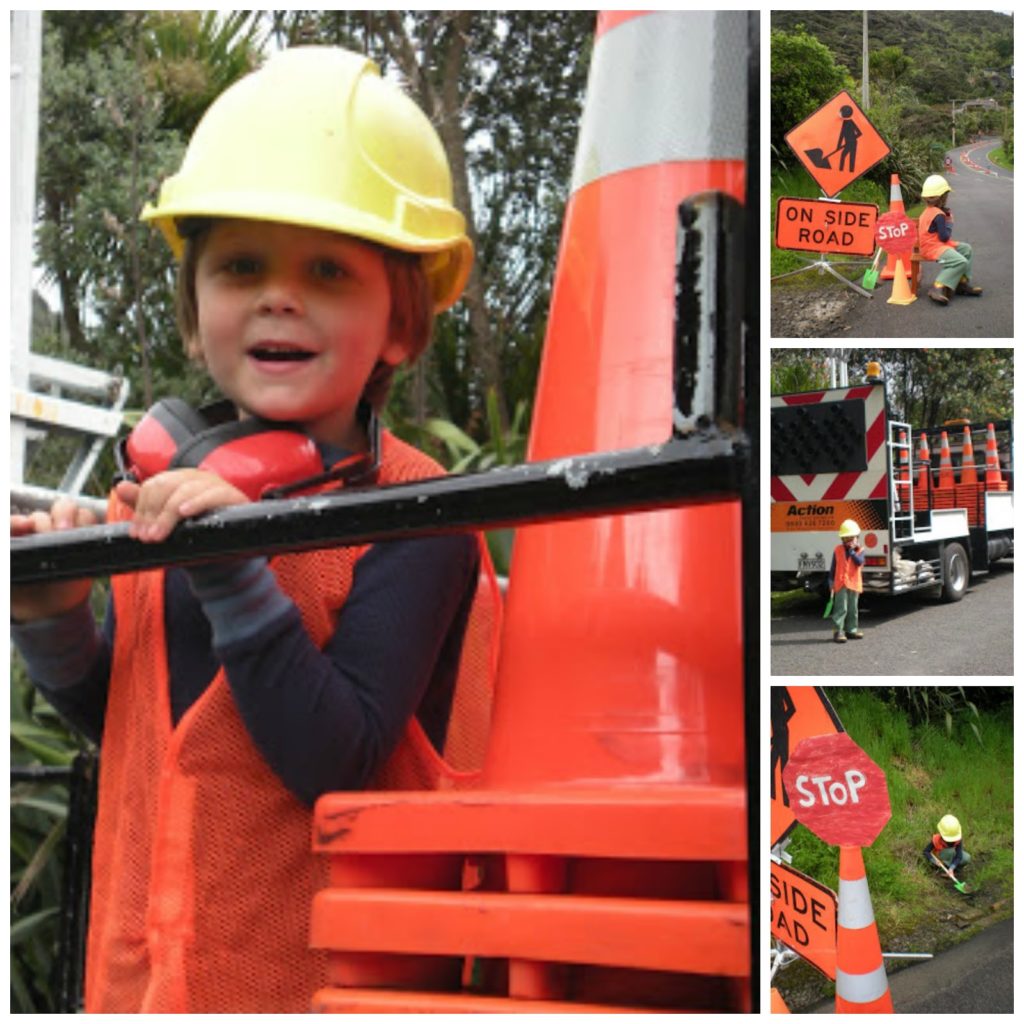 Flashback alert.
One of my favourite places online had a thread about the times we’d lost our kid/s.
Okaaaay, so out of context, that sounds terrible but let me just say, for those of you who aren’t parents or haven’t spent any time with small people, let me just say, it happens!


My kid was pretty much within sight for years on end but he did manage one spectacular bunk. He’s not one to do things by halves. Here’s my comment from that thread:

I always always knew where he was. Until one day I didn’t. We were at home so I checked the garden, nope. Called and called. Nope. Checked at the neighbours, not a peep. Stopped panicking for a deep breath and thought about where he could be. Hmmm. Checked the front door coat rack. Yup. Handmade Stop/Go sign, gumboots, helmet, radio and high-vis vest missing. Went down our road and around the corner and there he was, in full little-guy road working regalia, stopping traffic for the roadworks he loved so much, being beautifully cared for by a group of roadworkers and just generally being a total star. He knew the dudes working the road as we’d been out there watching a bunch and they were so great. They even insisted on taking a photo with him. It took all my self control not to completely freak out at my boy, I had been so scared. We talked about it later, once I could breathe again.