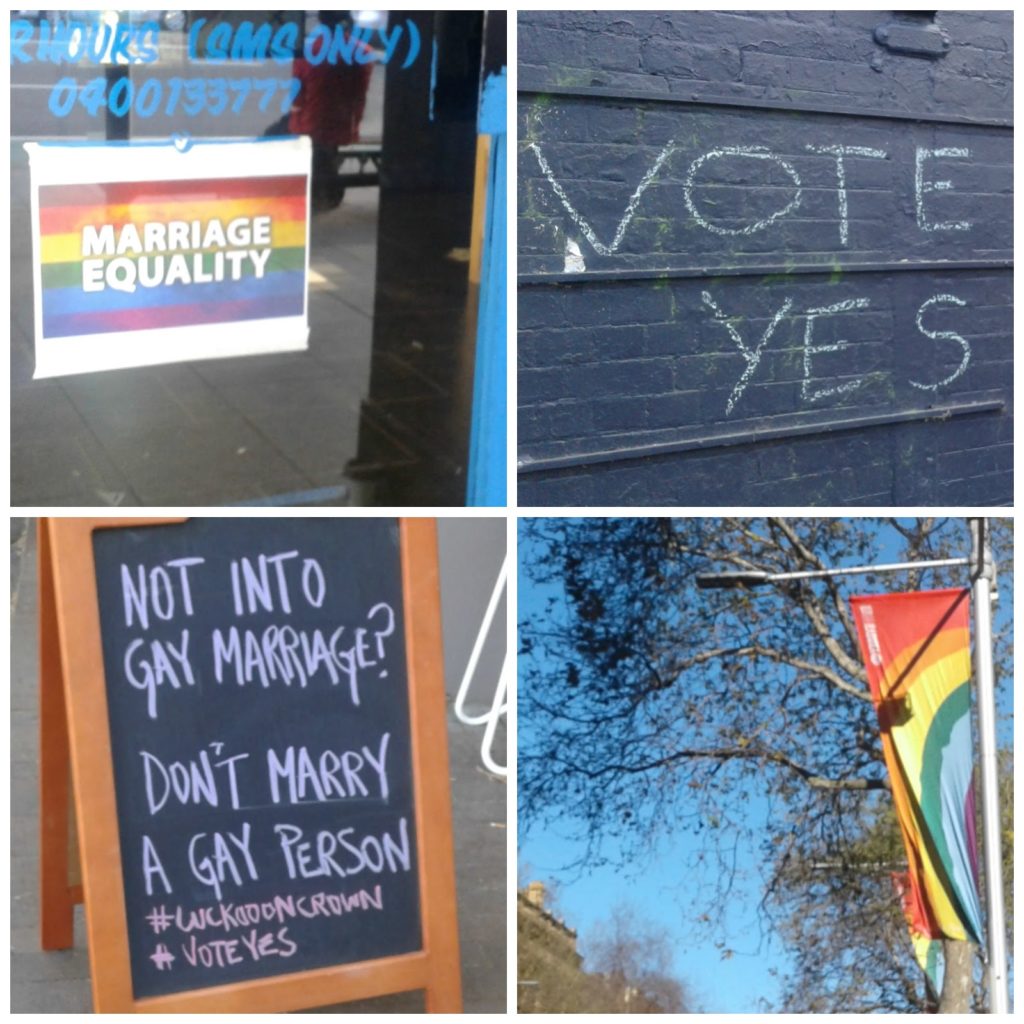 I was in Sydney for work last week. The UK office made
a wee (understandable) mistake in booking the hotel so it was an hour’s walk
into the office every morning. It was a welcome bit of exercise and fresh air
in days full of meetings and air conditioning. They were good meetings, with
fabulous people and for a great cause. But still, airconditioned buildings. NZ
has been grey and wet for months so even glances of the Australian blue sky
were welcome.
On my walks into the city I talked with people at lights,
got to look around, drank in the different bird sounds and smells. The topic I
heard discussed most was the upcoming postal vote to legalise gay marriage. (Which
on further investigation is the Australian government spending $122 million on
a survey on the topic.) It is astonishing to me that this is even an issue. In
my world, love is just love. Gender constructs come in later. I am queer and I
suppose that helps my understanding but I have to wonder, do these people
opposing gay marriage not know anyone gay? I find that hard to believe. How do
you face up to your postman, boss, colleague, friend or family member and tell
them you don’t think they should be allowed to get married?
Overhearing snippets of discussion about gay marriage from
different people as I moved around Sydney I had to wonder what year we’re living
in. I marvel that legalising gay marriage is even a question. Intimate same sex
relationships have been around for gazillions of years – shouldn’t marriage
just be marriage? Not allowing people to marry
who they love is one of those periods in history humans will look back on and
be amazed by. Can we just do the right thing and get on arresting climate
change and working out how not to shoot each other please?