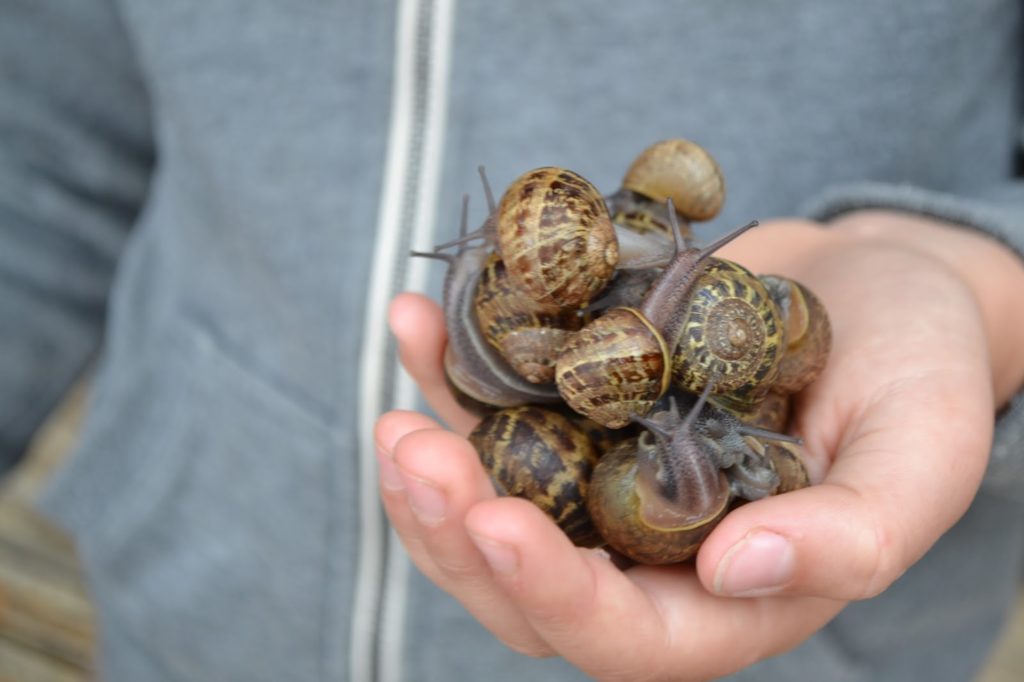 Jed has a pet sitting business. He may be eight, but I can already tell you I am not concerned about his financial future. One day while across the road feeding Ms Puss, we discovered their abandoned garden housed a bumper crop of snails. Now, we don’t have ANY snails in our garden. Slugs, yes, but no snails. So, when Jed turned up with a handful of his new friends later that afternoon I had to quell the impulse to demand they get put back across the road immediately.
Snails are pretty fascinating creatures after all. Jed made a good habitat from the aquarium we have for such occasions and hung out with his new friends for a few days before releasing them back where he found them. It was hours of fun in the meantime. I found myself saying things like, ‘Do you think it’s a good idea to have your snail ON your lunch plate?’ and other strange sentences that only mothers can come out with. 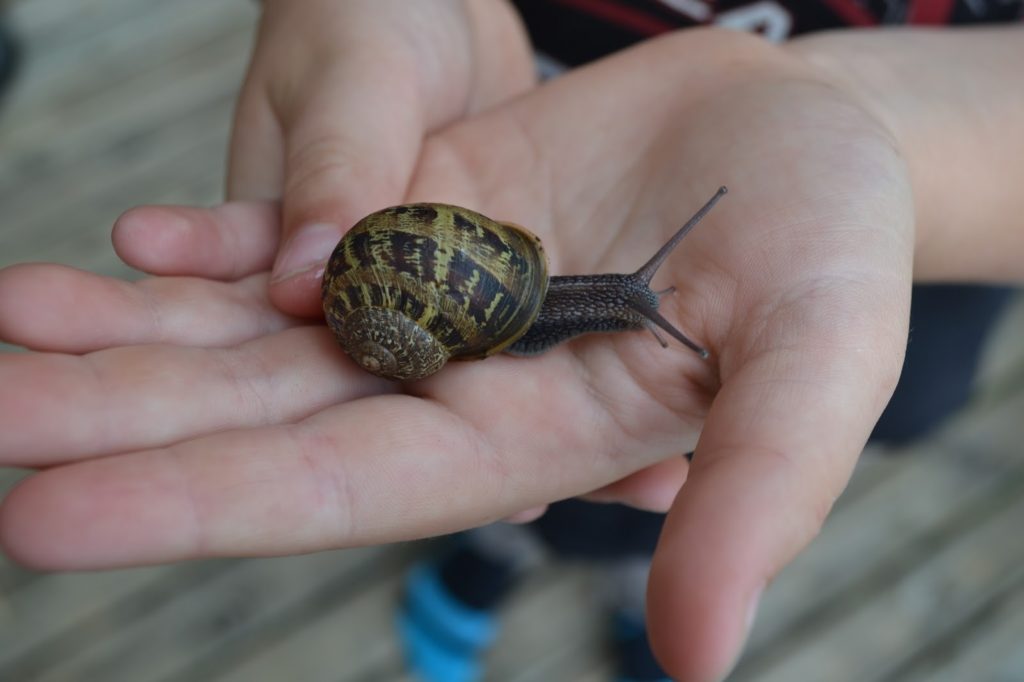 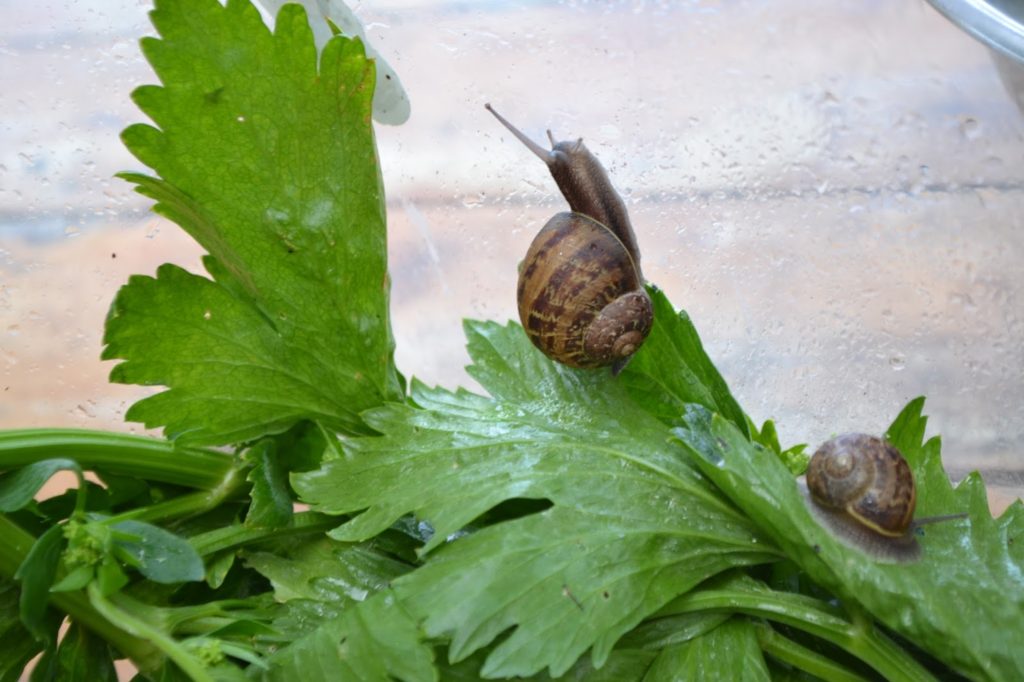