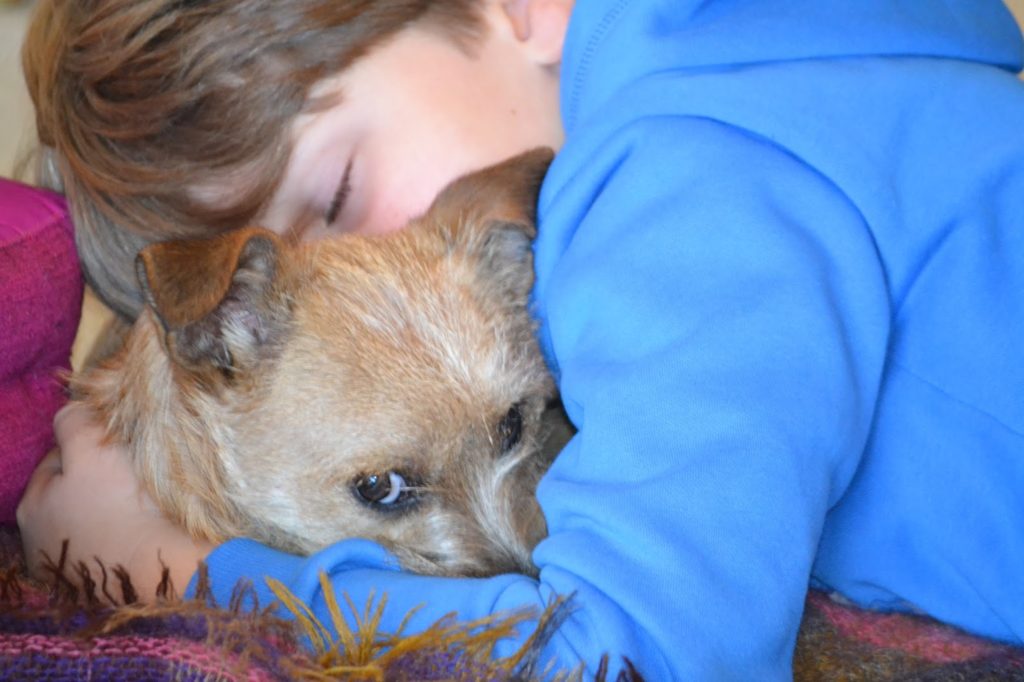 It’s like Phoenix has always been here. It has only been months, but the little guy is totally part of the family. Paradoxically he’s suddenly chilled out a bit but has started wilfully breaking the rules, like if I have my office door closed and no-one else is around, he’ll jump up on the couch, or rifle through stuff on my bedside table. I find odd things tucked into his bed or hidden under the bed. The doggy equivalent of teenage years. Hmmm.


Yesterday we couldn’t find him anywhere. Turns out he was in the bathroom playing with a bug. Having a blast. Kids aye?! Entertainment is cheap for him, if he’s bored he’ll head to the woodbox and gnaw up a bit of kindling or tussle with an evil pinecone. Or the other day I found him throwing a sewing pin around and catching it. Gulp. It was an impressive display of fine motor skills but a narrow escape from an unplanned trip to the vet. Slight danger of getting splinters after he’s done making kindling but so far so good.
He LOVES the beach, which is lucky, because we’re down there most days. The funniest thing is to watch him with the rabbit. He’s all excited, then the rabbit chases him and Phoenix legs it yelping with his tail between his legs. Payback for stealing the repeated theft of the rabbit’s kale and carrots.
We often stop what we’re doing for a cuddle or a play. He makes us laugh so much with his antics …. it’s so good having him around. I think he’s pretty much done growing. He’s a cool little dog. We did good. He’s a keeper! 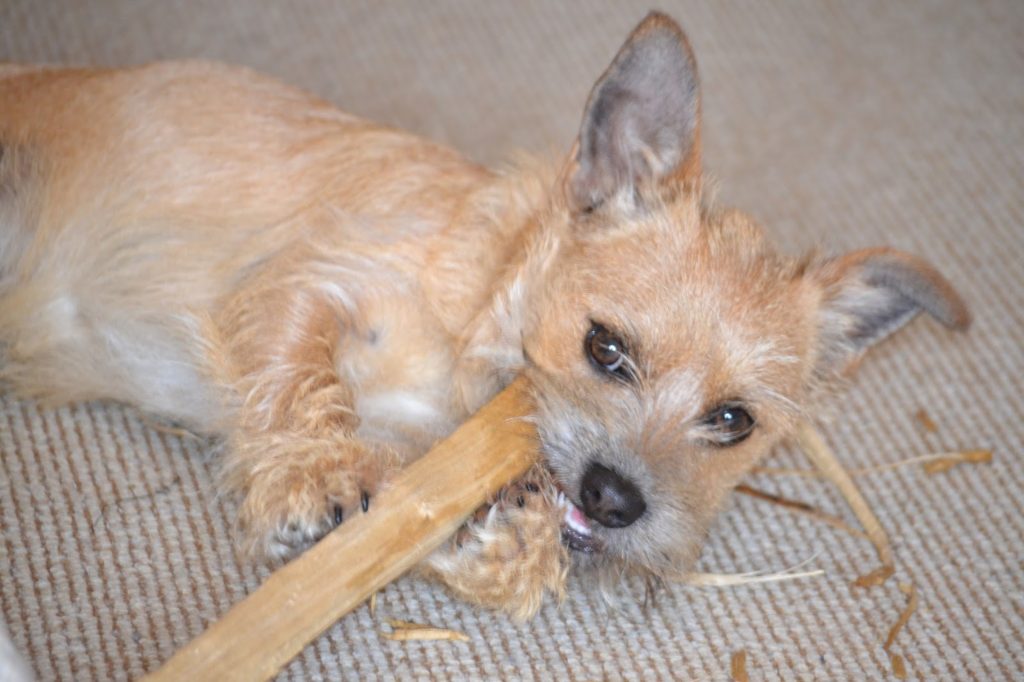 (For those who have asked: He’s half mini-schnauzer and half maltese. With some random doggy breed possibly thrown in along with the Maltese, the owners couldn’t remember what. He is often mistaken for a border terrier. We had wanted to adopt a rescue dog, but as we aren’t completely fenced, none would adopt out to us. So, his dad did the dirty and dug under the fence. It was a one off accidental litter. His mama was only 11 months old and had eight puppies. EIGHT! One was trouble enough!)