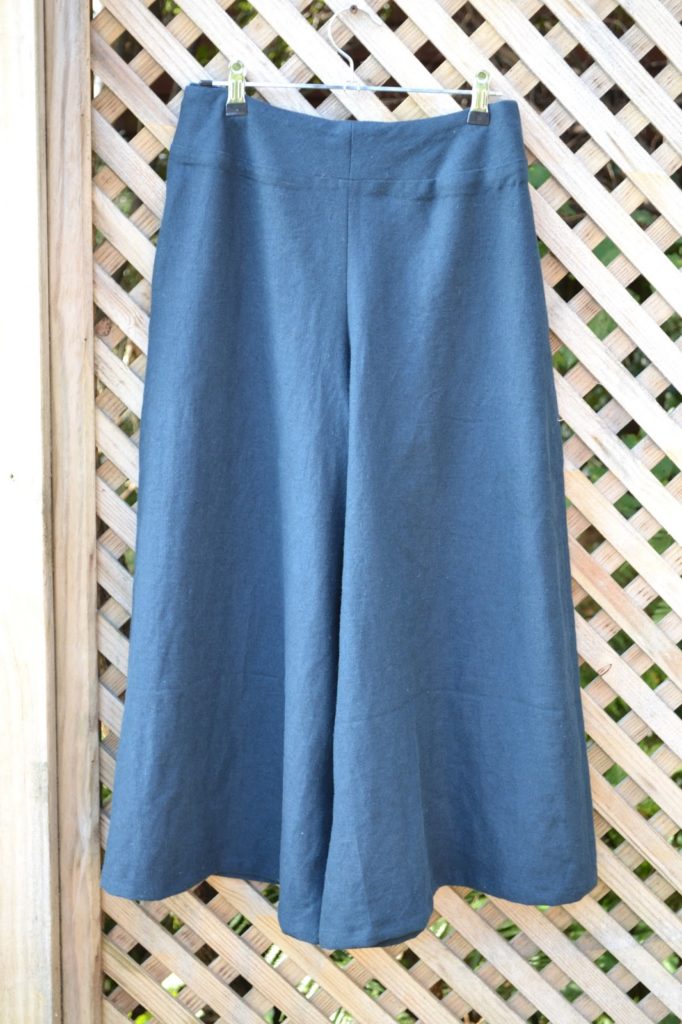 Culottes. I have a vintage pair of navy polka dot culottes that I love. Although I had been calling them wide leg pants, technically they are culottes.


I came across Itch to Stitch’s Emily culottes pattern. I had not sewn any of Kennis’ patterns before so had no idea of sizing or what I was in for.  The styling of her work is really not my thing, (I much prefer these kinda looks on this pinterest board HERE) but I thought I could adjust the pattern in a way that worked for me. The shorter pair were my muslin. That’s 50 whole cents of linen scrap from the charity shop right there! I lengthened the pattern for the second pair. I took a few inches off each pair along the outside seams to give them a slimmer line. I LOVE the linen in the longer pair. The fabric has such a nice drape, feels dreamy on and is dense enough to not be see-through.
I did the sew-along over at Sew Maris for a little inspiration. Invisible zipper…shudder! I am now a fan, thanks to Maris. I learned a nifty trick too. Finishing the edge of waist interfacing with bias binding. So tidy and comfortable.


I’ve come over all 70’s in my sewing endeavours…the last garment I made was a jumpsuit. These have been fun to sew but it remains to be seen if they get much wear. Dresses and denim cut offs are usually my summer go-to’s. I’ll find out when the warmer weather rolls around this end of the earth. Next on my sewing pile is Tessuti’s Ruby Top/Dress. 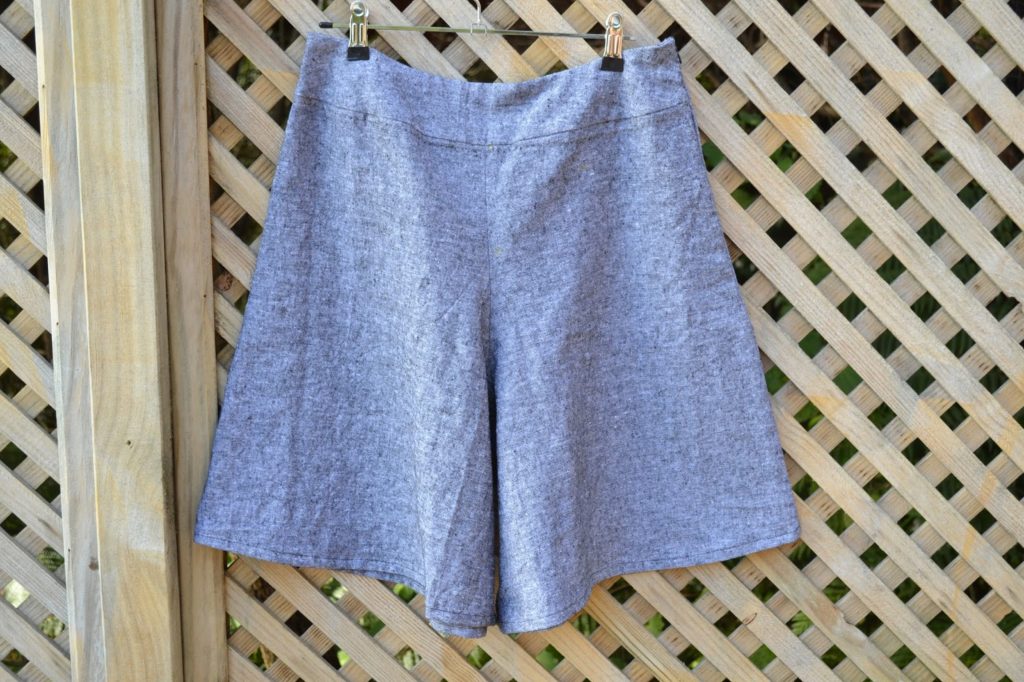 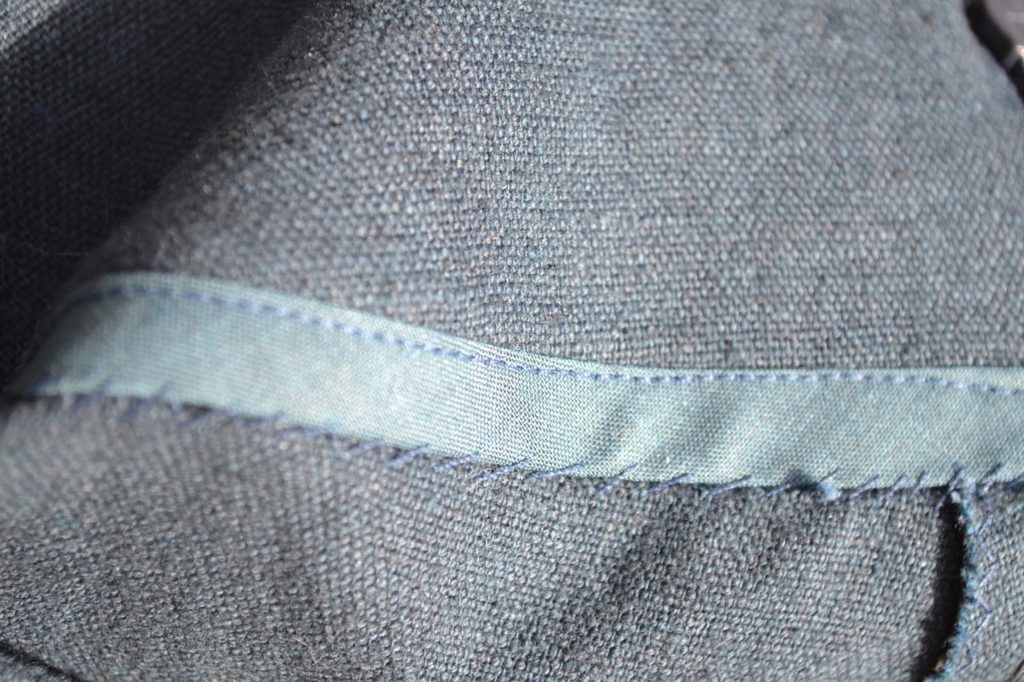