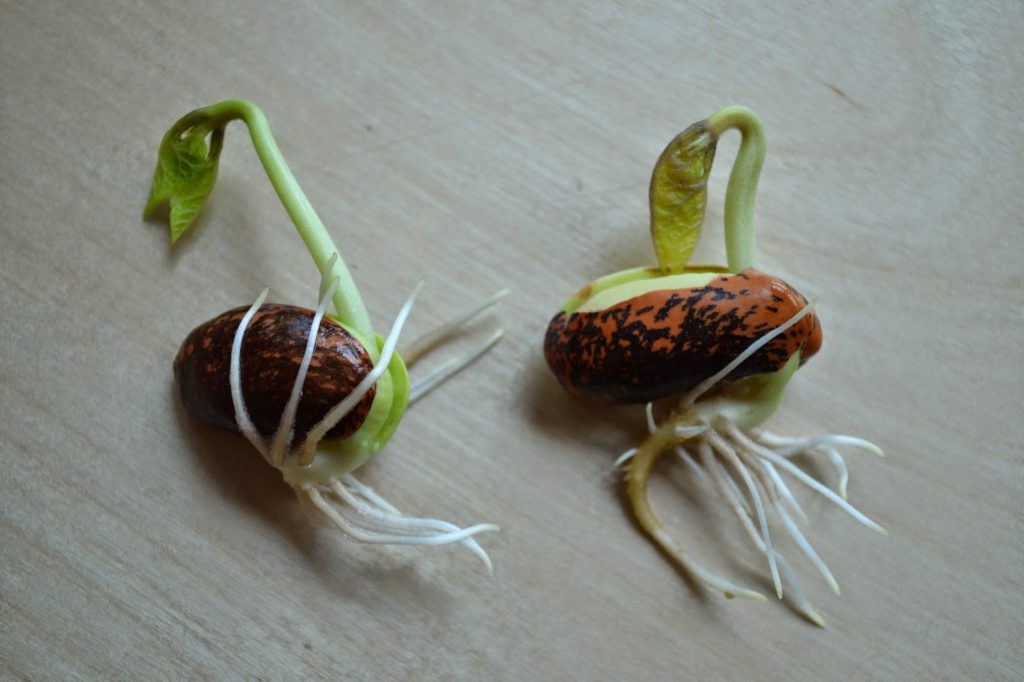 We had saved these bean seeds from a heritage variety Jed grew a few years ago. Finding them in a drawer, he asked whether they would still grow. After a bit of research into viability of bean seeds after 2 or 3 years we decided the only thing for it was to test them out. Hence the winter beans. 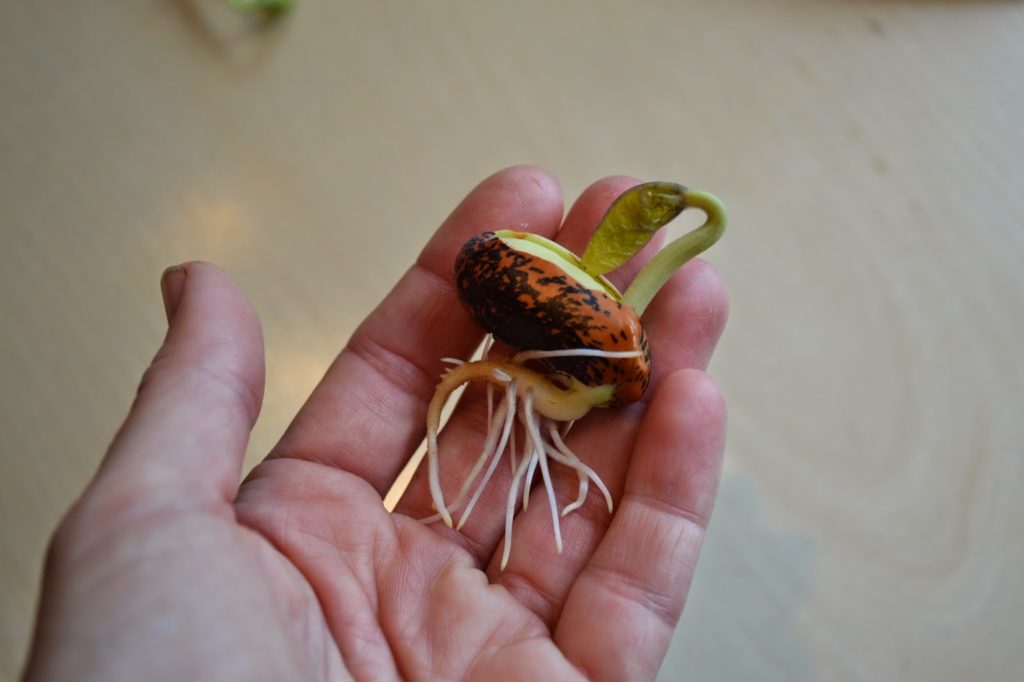 We germinated them in a mason jar on the kitchen windowsill. We stuffed the jar with damp paper towels and laid the beans against the jar so we could see them germinate. I know I have photos of this somewhere in my bulging photo library but I can’t face fossicking around in there just now. Sorry folks.


It never fails to amaze, that little germinating miracle thing. Lain dormant rattling about in a drawer for years. Add a bit of warmth, water and light and hey presto…bean seedling!

We potted them up and they grew beautifully but before I could get them in a polytunnel they they got pretty badly thrown around by that crazy storm. Nutty time of the year to be a bean, but hey, we know the rest of that seed is viable for next season!