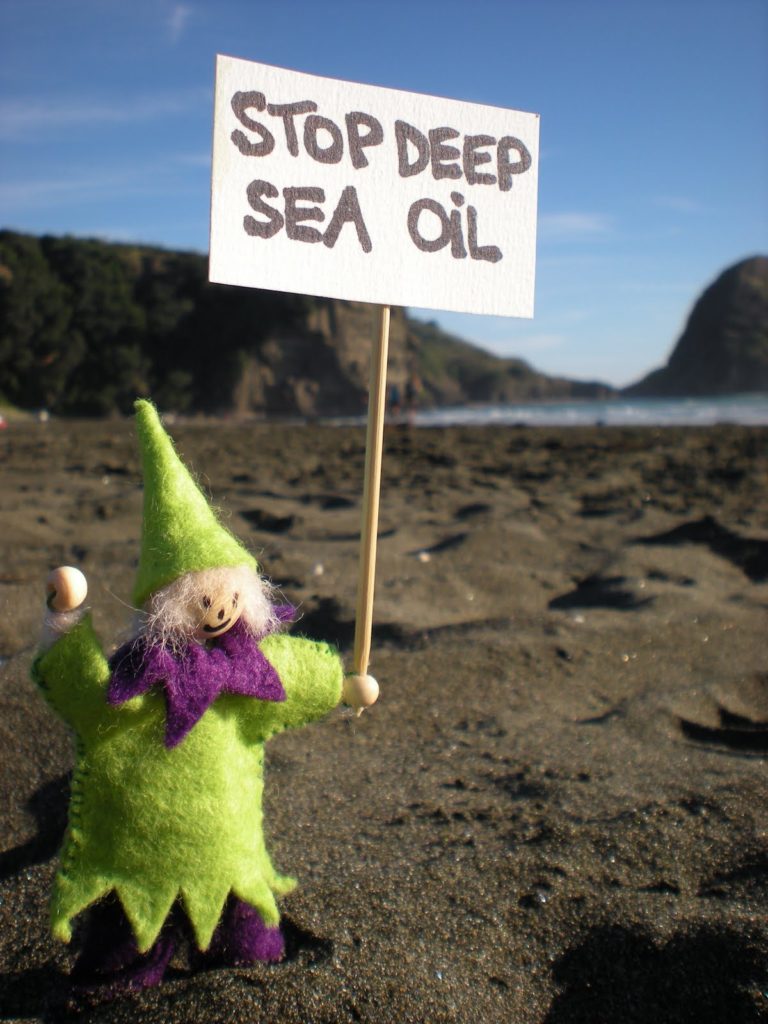 I was outraged when i heard about the National Goverments plans to drill for oil off the East Cape. There seems to have been no consultation with local iwi – Te Whanau-a-Apanui. (Please excuse the lack of macrons on the a’s…i can’t do that on my computer.) Atrocious. Greenpeace is doing the right thing by supporting Te Whanau-a-Apanui people in opposing these foreign interests pursuing an antiquated source of energy, never mind the potential for harm to these deep sea areas and nearby coastline. Click HERE to find out more. April 20th is National Day against oil drilling. There are activities planned all over the country, go HERE to see how to get involved. Jed and i will be there. I have a special place in my heart for the East Cape. And my heart goes out to the people who live here who are kaitiaki to this beautiful wild land. 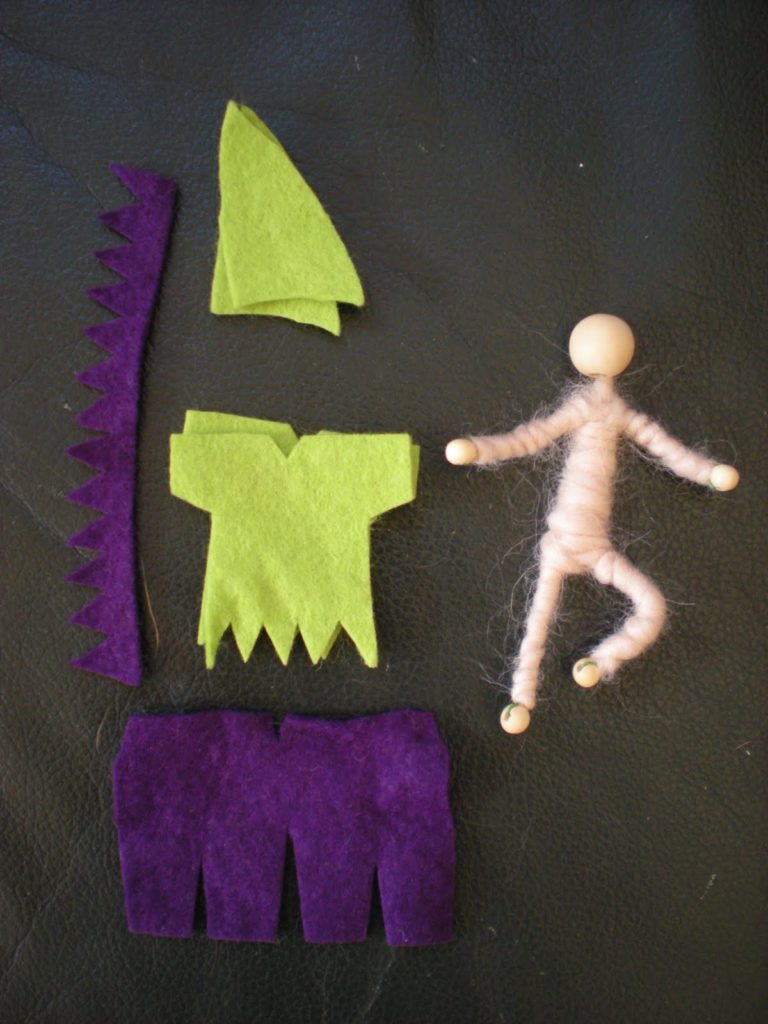 A pixie activist in the making. Instructions on how to make craft wire frame pixies comes from Petra and Thomas Berger’s Gnome Book. At a library near you. 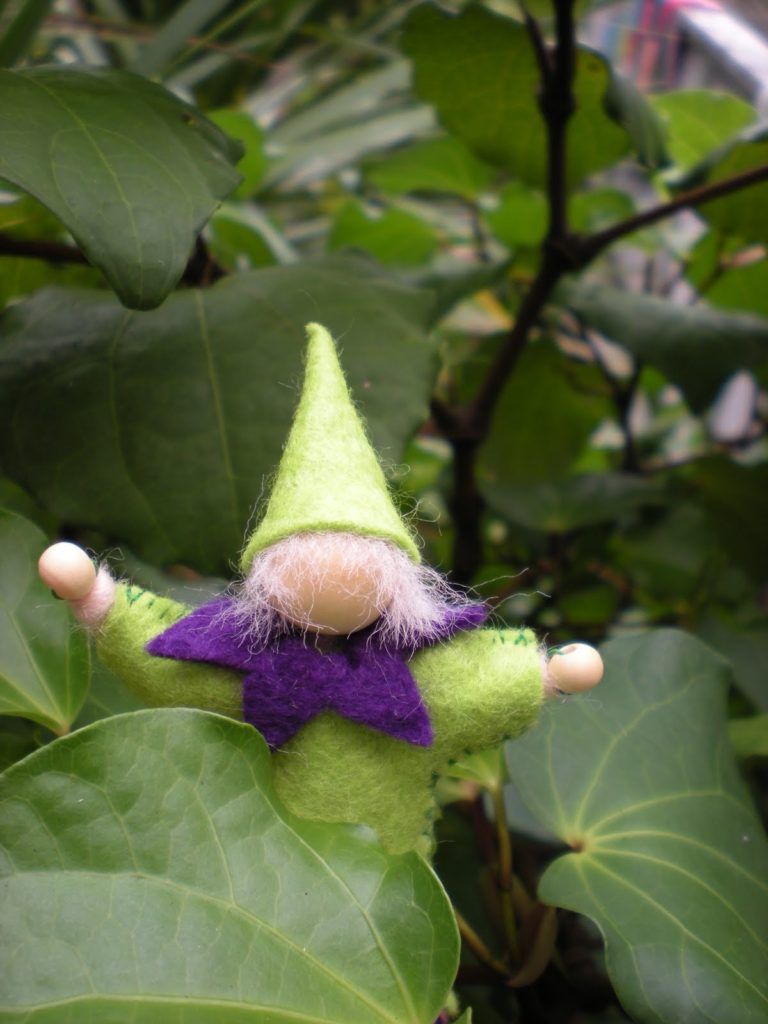 Before the struggle against oil drilling called him to protest at the sea’s edge, pixie lived peacefully in the kawa kawa. One day he hopes to return. Meanwhile…you may see him on the streets on April 20th.