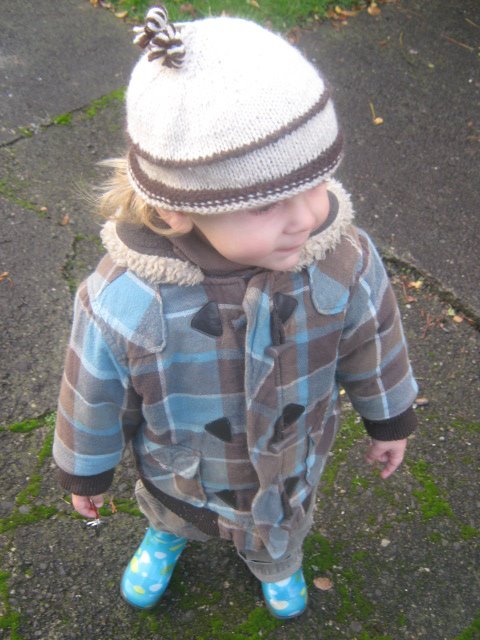 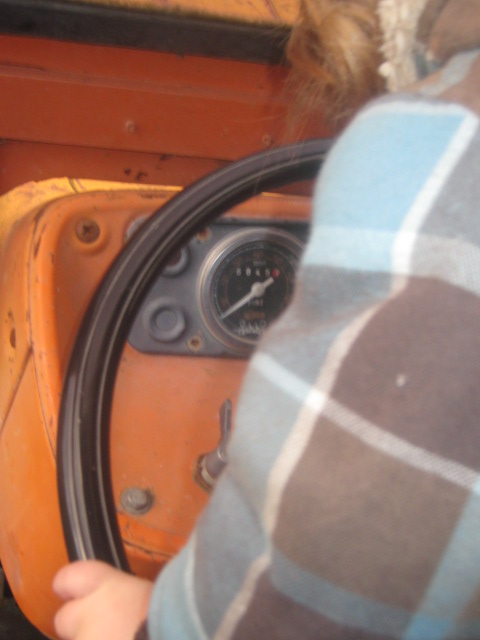 We’re back from a visit to his nana’s. We were awake at five am every morning with Jed wanting to nuzzle and cuddle his baby cousin. Sigh. It was a huge weekend for him. He was in a state of sensory overload most of the time. The TV was on alot. Something he has hardly seen. I can see the temptation parents talk about now, he just zoned in and was gone. Scary.
Fun WAS had. It was darn cold but we bundled up and went out in search of adventures as much as we could. Looking for fish in the pond, bears in the trees by the boundary fence, saying good morning to the cows, playing diggers. We found a rusty old tractor in their paddock. AND, it worked. Most exciting. Yup, we saw alot of that tractor. Play involved alot of brmm’ing noises and fixing, climbing onto the steering wheel to turn the noisy wipers on, sitting back down and yelling DIG DIG before asking mama to turn it off before it all got too much. Wonderful hours.
My thing is to follow Jed’s lead in what he’s interested in but i still ask myself if we’d be playing on tractors if he was a girl. I like to think so. The image of him running around barebutt in his tulle fairy skirt with feather boa, boots, beads and builders helmet springs to mind.
Jed got to pull a carrot out, wash it and eat it. He’s still talking about that. Nothing like it. That boy has quite the discerning palate. We tried to serve him up soup out of a package (um, natural, from what i could tell) one night and he took a taste and said, ‘hmm, not real mama’, then, ‘want some food’.
First night back home and he slept until ten past 6. He woke me up by whispering in my ear,
‘mama, want more adventures’. That’s my boy.