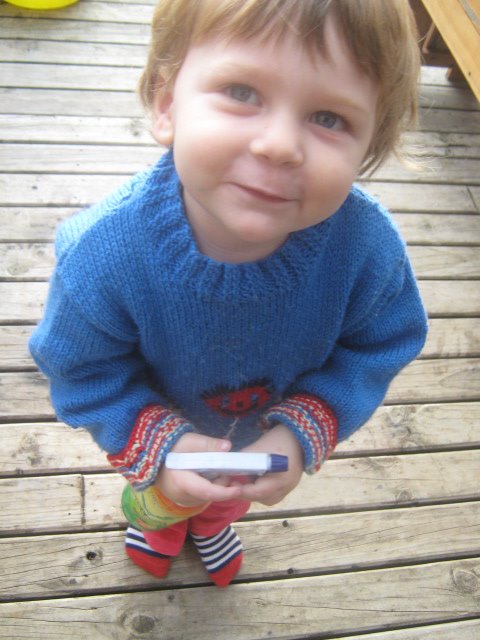 Look what happens when you put the s on the front of prayer, instead of at the end…you get sprayer! It’s one of Jed’s favourite kinds of fun at the moment. Has been off and on for months. Hours of fun. It all started with my small helper almost squirting himself in the eye with mama’s sprayer while we were cleaning the bathroom together. It had natural cleaning stuff in it, but still, you don’t want it in your eye. Gone were the days when i could duct tape the sprayer up and Jed would pretend. Just in passing i said ‘you need your own sprayer’. Next time we were in town, Jed marched into every shop, cornered someone and said ‘where sprayer?’ Memory like an elephant i tell you. We found one, attached it to a recycled green tea bottle and wow. Happiness. Hint to mama’s of small people: get a sprayer. Hours and fun to be had. Add their own cleaning cloth to the mix and they’re off. 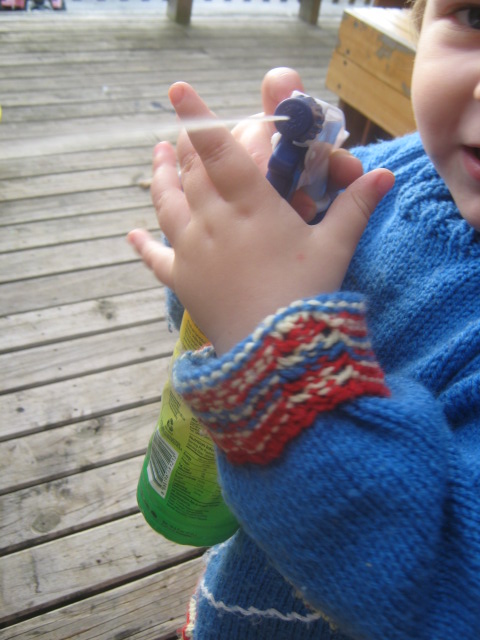 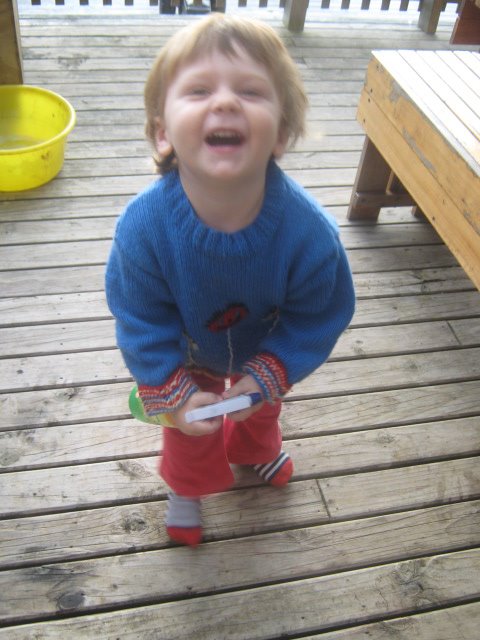 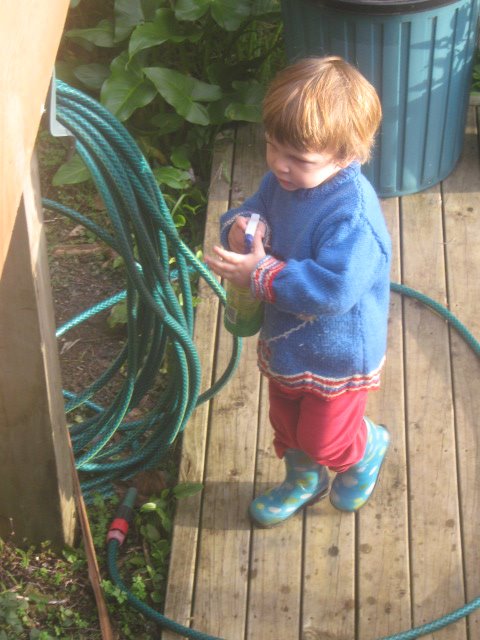 …now where’s Slinky the cat?
Taking showers with small one around has been challenging at times but Jed has come across a nifty and fun solution to this conundrum. Spray mama while she has a shower. Hilarious! Hint to mama’s: make sure it has warm water in it or it seriously compromises enjoyment of aforesaid shower.